This year’s World Health Day will be a poignant one, as almost every nation battles one of the biggest healthcare crises known to mankind in this century. This is a time to assess the true power of technology in assisting frontline medical workers everywhere – be it 3D printing face shields, developing contact tracing solutions using AI to track COVID19 patients, analysing chest X-Rays using AI, or managing the excessive workloads on hospital staff by digitising their work records. In light of this, Harish Rijhwani recommends a Healthcare Triple A rating. Read on.. 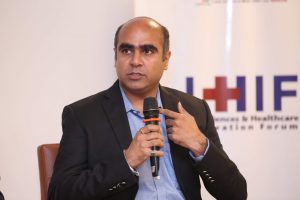 It’s a Friday in June 2015, and its 8:30 AM. I have reached the Apollo Clinic in Chembur, Mumbai for my Annual Health checkup. It’s the first time I am undergoing an Annual check-up, courtesy my organization’s internal policy. It was easy to get an appointment as I booked an appointment via our company’s system (Peoplesoft). I received and email confirmation from the system and parallelly Apollo was also intimated via an email. One day before the check-up you get a list of Do’s and Don’ts viz. don’t drink alcohol, eat meat and the main you need to fast for approximately 12 hours. After you reach the clinic, there is a list of predefined lab and diagnostic tests performed to check your overall health status. Some of these tests include Fasting Sugar, ECG, Treadmill Test, X-Ray and USB Abdomen. The benefit of an Annual Check-up is primarily preventive in nature and can help one be Agile in catching certain diseases earlier than later. Agile literally means fast, consider the banking industry, if you ever used your Debit/Credit card 3-4 times in a span of 10 minutes it is very likely you will get a call from the Bank. The call is primarily to confirm you are the user or it is a case of a possible fraud. Imagine if a physician could monitor the blood sugar level (in real time) of a patient sitting at home. A physician would truly be Agile in treating the patient. A key aspect of Agility is Interoperability (Leveraging Data Transmission Standards like EDI, HL7, CCDA, FHIR) using which different IT Systems can talk to each other with ease. In case of an Annual check-up all the Test Results can be directly integrated with EMR Systems. If we look at something very recent, China launched a “close contact detector app” which helps identify people who came in close contact with a person with coronavirus. This would help identify those patients which might get admitted in the future.

Believe me, no one likes visiting a hospital, let alone being admitted to one, but in April 2018, my mother was admitted to the ICU due to a bout of Pneumonia. We first tried getting her treated at home using nebulization and medications. We even got an X-Ray done at home but that aggravated the problem as my mother has a hunch back. She was in the ICU for around 8 days and returned home post her treatment. Three months from here, I was interacting with an Organization called “Healthkon” (We were scouting for Health IT Startups) and I was really impressed by the device they were presenting. Asha+ a screening device which can measure 5-6 different parameters like SP02, Blood Glucose, BP etc. One of the parameters which caught my eye was their Stethoscope. One can record the stethoscope sounds and share the same with a Physician. Wow!! Immediately there was a thought in my mind “this can help identify any congestion in my mother’s lungs and can be used to prevent any complications”. That’s one possible use case for such a multipurpose device, but we also need to look at the overall picture.

Healthkon and many other organizations use such devices to make Healthcare Accessible in remote locations via Telemedicine. The overall solution has multiple components which are depicted by the image. The only aspect to consider her would will my Insurance cover this interaction?

Speaking of Insurance, long back (ages ago) there was no concept of money and obviously no Insurance, but there existed Barter System and that’s how a practitioner was paid. During 1800’s and early 1900’s physicians demanded payment based on the affordability of the patient. This concept of variability in payments is known as Sliding Scale. Technically this was a good thing, as people from all financial backgrounds were able to receive care. Today, if you don’t have Insurance you pay more as compared to someone who has Insurance. The Scale has tilted which is why it is important for Healthcare to be affordable. Barack Obama during his tenure launched Obamacare and people were mandated to buy Health Insurance. Modi Government launched Ayushman Bharat in 2018 to provide free health coverage to 40% poor and vulnerable population. As of Feb 2020, 86 lakh people have benefited from this scheme.

That’s my take on how Healthcare can get a Triple A Rating via Accessibility by leveraging Telemedicine, Affordability using Government Schemes like Ayushman Bharat and Agility using Interoperability.