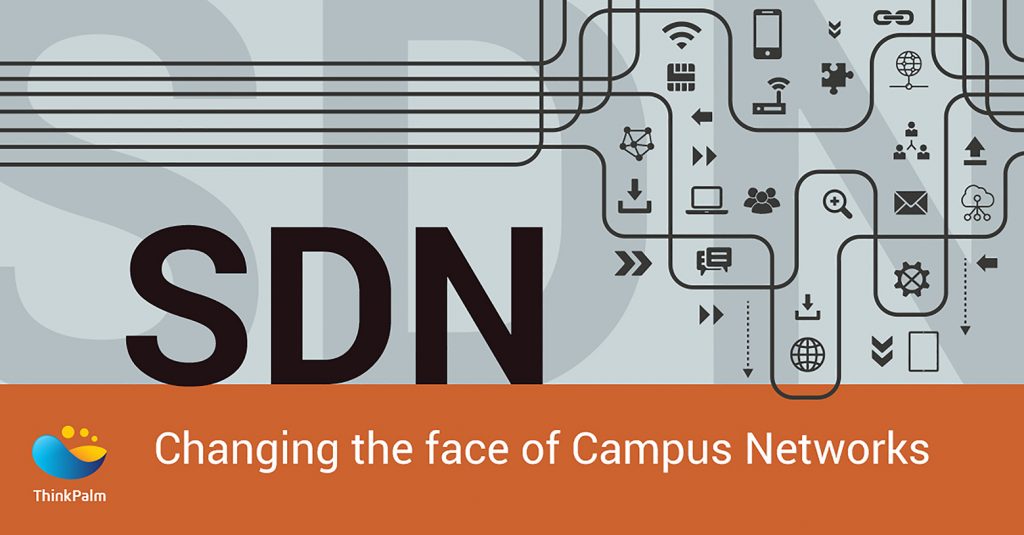 Software Defined Networking is a seismic technology for network design approach beyond just a technology protocol. SDN can centralize the control of the whole networks used in significant IT industries such as Datacenters, Cloud Computing, Mobile Networks, Campus/Enterprise networks. The impact of cloud computing, together with the revolutionary changes and tremendous business value realized through SDN, has resulted in the fast-paced adoption of the technology.

Why is there a great demand for SDN?

An enterprise network is the internal network of an Institution/Campus. All routers and servers are managed by the enterprise itself. Those days of defined time, device and place have changed to any time, any device, anywhere. Users can use the network of any type from the traditional wired network, Wi-Fi network to 3G/LTE via remote access over VPN. 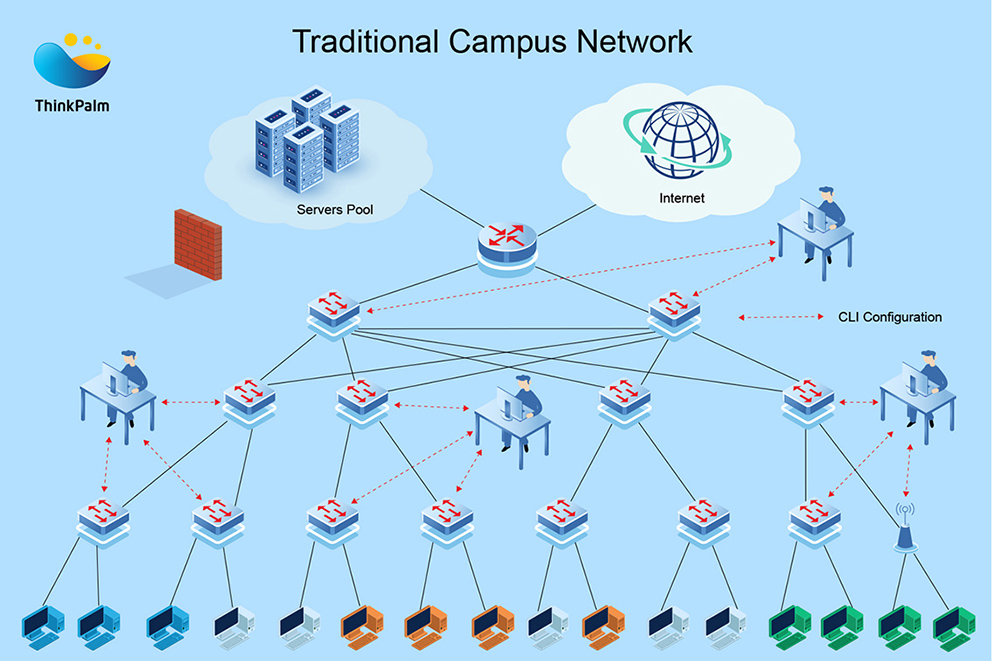 In contrast to traditional networks, SDN enabled networks to support dynamic resource allocation to meet the real-time requirements. Custom SDN applications are running on the OpenFlow controller, which will use input from physical network statistics, user activity, QOS requirements, security threat analysis, access control rules, and prioritize the network traffic in a fully dynamic manner using programmed SDN controller. All these analyzed statistics will be used by the SDN controller to make decisions on how to respond best and where to push the changes in the network. 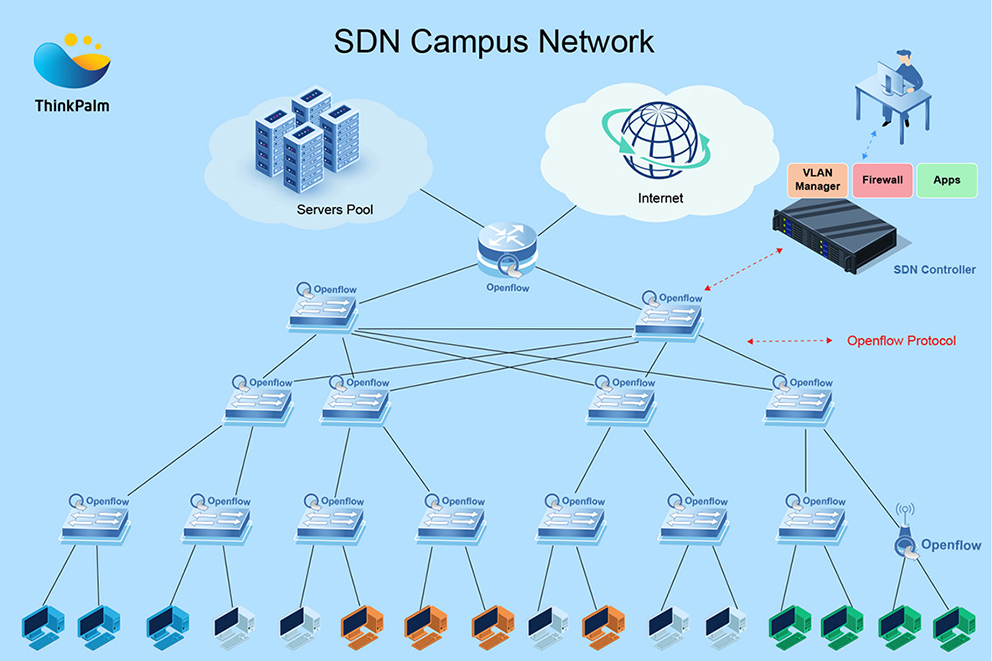 In Campus, network policies are mapped to OpenFlow to bring about the proper behavior of the network. OpenFlow is  the protocol designed to negotiate communication between the controller and the network devices. Before the negotiation, connected network devices must support the OpenFlow protocol (OpenFlow protocol operating in the southbound interface). Open Flow is a standard communication protocol which is defined by Open Networking Foundation (ONF).

Through SDN controller, we can create a policy to examine and regulate the network. Programmability allows us to automate controller using defined policies typically via the application. Those applications are generally available in Northbound API Interfaces, which is used to communicate from the application layer to the network layer. For example, HPE network optimizer is used to automate quality of service (QOS) policies in SDN and OpenFlow campus environments.

Next factor about network management with SDN in campus network is visibility and analytics of an SDN network apart from fault detection and configuration changes, where we can monitor traffic patterns and bandwidths. More vendors and traffic monitoring companies are gaining through incorporating SDN and OpenFlow into their solutions like IXIA, Cisco, Brocade, Gigamon, VSS, etc.

High availability of the controller is paramount to maintain business continuity. Access restriction of the SDN controller can improve security.

SDN security requires to focus on the control plane, s hence protecting the controller from Distributed Denial of Service (DDOS) is also a foremost factor since then SDN controller letting down is reduced.

The three imperative factors in SDN security are

Software Defined Networking is cost-effective, adaptable and much suited for high bandwidth infrastructure and dynamic applications. SDN Platform are now available on both commercial and open source standards.

According to the Recent survey of International Data Corporation (IDC), the software defined networking will gain a compound annual growth rate (CAGR) of 53.9% and SDN market could be valued at nearly around US$12.5 billion by 2020. Currently, 58% of survey respondents reported that they have SDN projects planned, developed or deployed. So SDN growth indicates the long-term value migration from hardware to software in the networking industry.