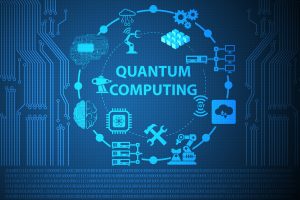 The Finance technology has advanced over the few years with developments in various aspects like that in computer processing. There have been a lot of complex problems and challenges dealt by finance industry in bringing out some innovation and one of them is QUANTUM TECHNOLOGY. Quantum computing is a field where computers make use of a quantum-mechanical phenomenon that allows data to be represented as “Qubits”.

As mentioned above it is a field which applies theories developed under quantum mechanics to solve problems. It uses Qubits which are not constrained to only binary values 0 and 1 but instead uses a combination of 0 and 1 simultaneously due to their flexible nature. The set of Qubits represents exponentially bigger and more values than their binary counterparts which allow the interaction and delivery of algo at several rates faster than the conventional one.

Let’s understand with this metaphoric example –

We all are familiar with MARVEL’S X-Men movies, right?

So let’s assume Fintech as Marvel’s X-Men, where quantum computing is the shape changer Mystique, big data and block chain are Xavier’s Cerebro and Bitcoin is the disruptive Wolverine.

Some facts to know:

EXAMPLES OF QUANTUM COMPUTING APPLICATIONS AND THEIR IMPLICATIONS ON FINANCIAL SERVICES 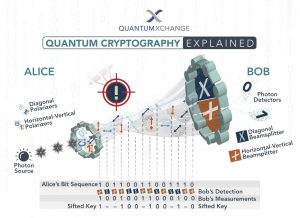 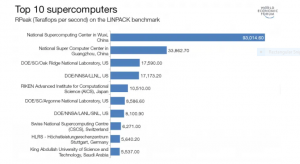 IMPACT OF QUANTUM IN BANKING 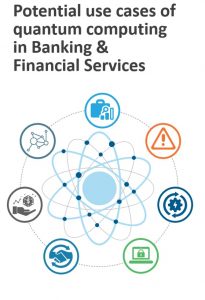 The impact of quantum computing on the financial sector will predominantly be a good thing. This field is developing at a striking rate surpassing all expectations, and partly due to conceptual leaps, which promise gigantic speedups for widely applicable algorithms. It is my belief that  quantum computers will play a key role in quantitative finance.

Palak Bhatnagar is a student , pursuing PGDM in Finance and Business Analytics at New Delhi Institute of Management , New Delhi . She is a finance enthusiast , a versatile person who likes to explore . She is a keen learner with an objective to learn and grow.