NASSCOM’S LARGEST SME PROGRAM OPENS GATEWAY TO THE US MARKET

As part of its continued efforts to explore newer markets and reinforce commitment to existing geographies, the National Association of Software and Services Companies (NASSCOM) concluded its first edition of an exclusive SME program for the US market. The largest international engagement program from 15th – 22nd July 2019 provided SMEs a gateway to the U.S. market to promote mutually-beneficial trade, investment, and technological exchange opportunities between India & US.

Focus of the Visit was to facilitate –

Key Highlights from the visit –

Program started from the state of New Jersey –

Governor Roy Cooper, hosted the NASSCOM companies at his residence for breakfast meeting. He highlighted the tremendous bond shared between India and North Carolina and on various investments made by the Indian tech companies in the state.

Secretary of Commerce for North Carolina, Anthony Copeland released IHS Reports on Employment and Economic Impact by Indian IT Industry in the US. Reports highlight the enormous impact that the Indian IT industry have had on the US economy and job creation. 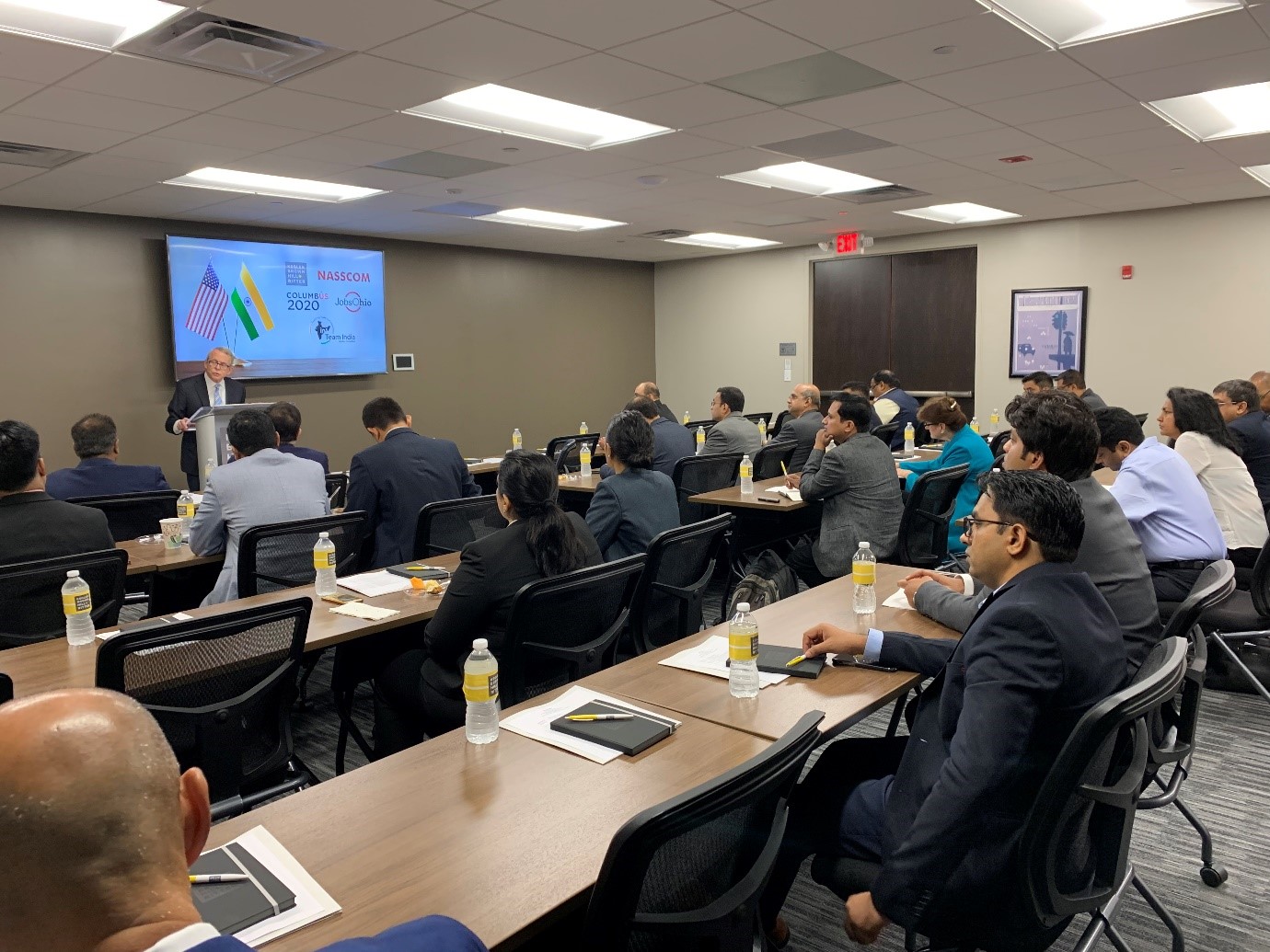 Governor Mike DeWine, addressed the NASSCOM companies and highlighted the benefits of setting up business in the state of Ohio. He assured all support to the companies if they decide to choose Ohio as their home base in the US.

Reinforcing support to the SMEs to ensure their growth in US, NASSCOM signed an MOU with Automation Alley (a not-for-profit Trade Body from Michigan) in the presence of The Lieutenant Governor of Michigan, Garlin Gilchrist.

Congressman Van Taylor, couldn’t join, however he reached out with a personal note to the NASSCOM companies and welcoming them to the state of Texas.

NASSCOM Delegation with Mayor of Frisco, at the Dr Pepper Ballpark, Frisco