Artificial General Intelligence is the next step in machine intelligence journey 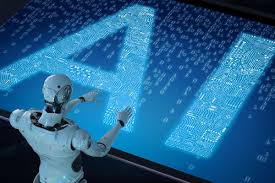 The journey of Artificial Intelligence started in 1956 when it was founded as academic discipline. One of the pioneers, John McCarthy defined it as “the science and engineering of creating intelligent machines”.

Though it moved ahead in research and academics, it started gaining commercial traction only when the cost of computation power and storage started falling and network bandwidths allowed cloud computing and storage to become viable. The rise and rise on internet provided multiple use cases for its use.

Its most visible application is Machine Learning (ML) which is based on the idea that computers can decipher patterns from data and predict outcomes thereafter. Machine Learning uses a single layer of functions to encode the patterns while its subset, Deep Learning (DL) uses multiple layers of functions. Its underlying architecture is called neural networks as each node called neuron connects to all the neurons in the next layer similar to working of human brain.

ML/DL are creating significant impact on our lives. They have vastly improved the recognition techniques e.g. face, speech, handwriting etc. They help online companies recommend product to users, understand the responses, filter the emails etc. They help predict outages in IT systems and telecom networks, diseases in patients etc. They are replacing analysts in predicting financial market movements, asset allocations, preparing tax returns etc. Deep Learning is particular has changed the course of Natural Language Processing (NLP) as computers understand, generate and translate written text as well as speech. The rise of autonomous robots and vehicles is directly linked to advances in Artificial Intelligence. Affective computing focuses on systems which can even decipher emotions. These computers would use facial expressions, postures, gestures, speech, temperature of body etc to understand emotional state of user and adapt its response accordingly. The list is endless.

However, current computers do extremely well on 1 set of tasks but perform miserably when same algorithms are applied to another set. E.g. a computer proficient in playing Chess is clueless when playing AlphaGo or a Natural Language translator which is accurate while translating English fails when attempting the same on French. Also their ability to use reasoning to infer answers from a set of observations is limited. Infact they perform worse than humans when transferring the knowledge or when using reasoning.

These computers need 2 attributes to match intelligence of humans, i.e. Machine Reasoning and Transfer Learning. Léon Bottou, an expert defined Machine Reasoning as “algebraically manipulating previously acquired knowledge in order to answer a new question”.  Transfer learning refers to ability to transfer learned experience from one context to another. Today its role is limited to training algorithms on one set of data and using it to work on another set for the same problem.

The difference between current achievements and expectations has led to 2 separate definitions of Artificial Intelligence. The current set of computers have Artificial Narrow Intelligence (ANI) also called Narrow AI or Weak AI as they do well on 1 set of tasks. In contrast Artificial General Intelligence (AGI) or Broad AI or Strong AI aims to create systems that genuinely simulate human reasoning and generalize across a broad range of circumstances. These systems should be as capable as human in every aspect. Incomplete understanding of human brain is an important roadblock in this.

One simple test for AGI suggested by Apple’s co-founder Steve Wozniak, called Coffee Test expects a robot to enter a room, find all necessary tools, ingredients and procedures and make Coffee. Another test, The Robot College Student Test involves enrolling into a university and taking and passing classes and finally obtaining a degree.

There is a third definition, Artificial Superintelligence (ASI). One expert, Nick Bostrom has defined ASI as “an intellect that is much smarter than the best human brains in practically every field, including scientific creativity, general wisdom and social skills.” Here computers would be somewhat superior to humans but they would continue to improve themselves. This is science fiction as of now but transition from AGI to ASI will a short one.

In 1997 Deep Blue, a computer created by IBM defeated the then Chess World Champion, Garry Kasparov who was then considered to be the strongest player in Chess history. This was display of brute computing power as Deep Blue used 30 nodes working in parallel enhanced with Chess optimised chips.

In 2016 AlphaGo, a software program created by DeepMind defeated a 9 dan rank player, Lee Sedol in the game of Go, a simple looking board game but with combinatorial number of possible moves. This was a shift away from brute computing power and used a technique called Reinforcement Learning (RL) which is based on providing feedback with every step in a changing environment.

In 2017 another software program, AlphaGo Zero defeated AlphaGo by 100-0. More importantly, AlphaGo Zero was feed only the rules of the game and it learnt the game by playing against itself. It also used RL but no Go specific strategies were fed to it. Infact it discovered established as well as unknown strategies. Later it learnt Chess and Shogi the same way and defeated a top Chess program (Stockfish) and a top Shōgi program (Elmo). It required only 4 hrs of training to learn Chess.

For computers to have AGI, they should be able handle 3 types of reasoning, deductive, inductive and abductive. Deductive means formation of a conclusion based on generally accepted statements or facts e.g. testing a theory, where theory is known and deduction is prediction of observations. Inductive means moving from specific observation to generalization, predicting a theory based on some observations. Abduction starts with some observations and forms a likeliest possible explanation. Infact this ability to make educated guesses constitutes an important part of human intelligence. This process of taking information that is known along with background knowledge and using mentioned logical techniques to make inference about unknown information is Machine Reasoning.

If Machine Reasoning is in place, transfer learning will become relatively easy. AGI computer will use previously acquired knowledge and not only be able to cut time of training but also reduce the amount the data needed for training. Such a computer would have multiple competencies just like humans.

None of today’s commercial computers or computers playing games have Machine Reasoning. AlphaGo Zero is a promising forward step. AGI is an area of active research with no products available so far.

While benefits of AGI are obvious, its eventual transition to ASI may create machines that human may struggle to control. Humans will gain as long as their natural intelligence controls intelligence of machines.