The edge of industrial internet-enabled architectures is increasingly recognized throughout industry for its important role in fulfilling the promise of digital transformation strategies.   Initially focused on delivering timely, clean data to cloud-based applications, the industrial IoT edge has emerged as an entirely new ecosystem within the overall enterprise architecture.

ARC defines the Industrial IoT edge as the place where physical devices, assets, machines, processes, and applications intersect with internet-enabled portions of the architecture.  Industrial IoT edge devices provide input to, and may receive output from, industrial internet-enabled systems, applications, and services, but reside outside of clouds and data centers. Edge systems typically operate on-premise but are distinct from traditional non-internet connected automation and control systems.

Although depicted at a similar tier of enterprise architectures, the emerging industrial IoT edge ecosystem is much richer and more nuanced than any MES or network infrastructure layer.  The i 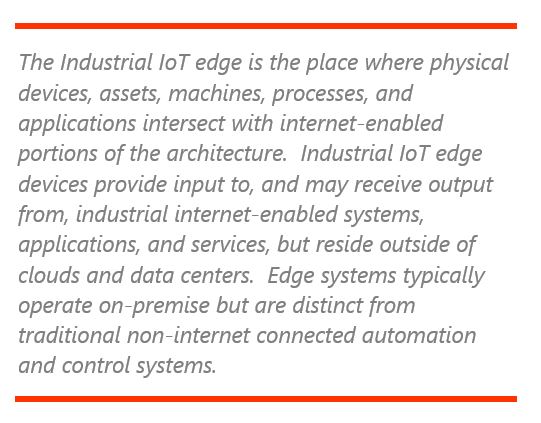 ndustrial IoT edge represents a functional spectrum ranging from device connectivity and automation protocol conversion to development, deployment, management, visualization, and execution of applications critical to achieving incremental business improvement and competitive advantage.  Inherent in this role is the convergence of not only IT and OT, but also compute and connect.

Suppliers are responding to the emergence of the industrial IoT edge by expanding the range of hardware, software, and solutions targeted to serve its broadening functional spectrum.  Traditional automation gateways used for simple protocol conversion have morphed into edge computing devices that support standard microprocessors and COTS operating systems, particularly Linux, as well as containers.  Escalating compute and store requirements are forging a new “thick” edge that resides above the network infrastructure layer to further enable edge processes.

Industrial IoT edge software platforms have likewise emerged from their origins in device connectivity and management to full-blown IT/OT integration and application execution environments capable of serving escalating requirements at this tier of the architecture.  These platforms are increasingly viewed as the vehicles for local computation and application execution in service to industrial IoT-enabled business improvement processes. 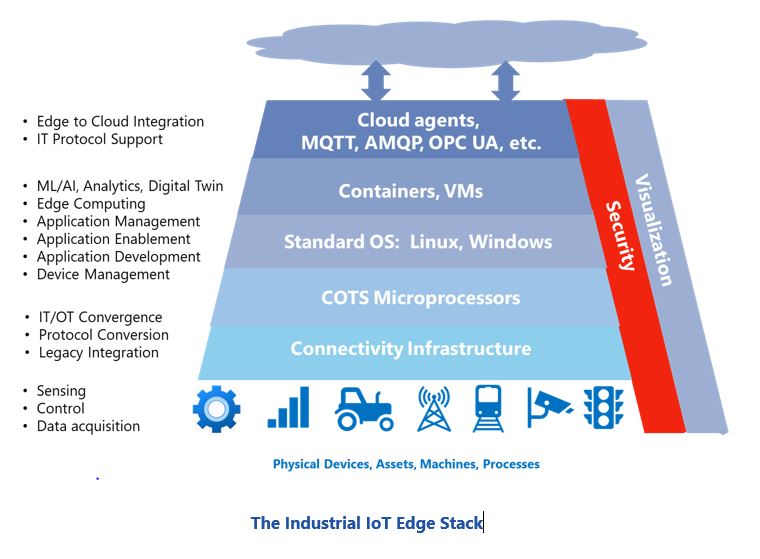 For further information or to provide feedback on this article, please contact lkanickaraj@arcweb.com

Chantal’s focus areas include the Industrial Internet of Things (IoT), industrial Ethernet switches and devices, wireless networks, device networks, and intelligent train control and rail signaling. She also administers the ARC Industrial Internet of Things group on LinkedIn. Chantal has been with ARC since 1990 and has conducted numerous industry-leading research activities in areas including: