One of India’s most venerable and successful industrialists Ratan Tata, in a first, has released a 16-page startup pitch deck for entrepreneurs. 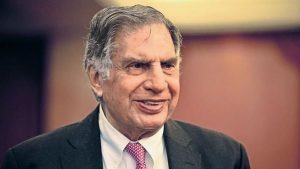 Tata, who made his debut on social networking platform Instagram in October, released a poll asking his nearly 700,000 followers if he should put together a basic pitch deck for startups, to which the response was overwhelmingly positive.

Here are some points from the deck