Raise Your IQ: The Innovation Imperative Is More Real Than You Think 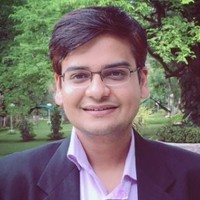 The legendary Steve Jobs once quipped “innovation distinguishes between a leader and a follower”, and yet most organizations would happily wane into the background as followers than dare become leaders.

Leading is difficult, as it is riddled with uncertainties, unprecedented losses,. Being a follower was acceptable for a long time, when markets were artificially protected, customers were blissfully ignorant, competition was wilfully dormant, and technology was a luxury limited to a few.

This is not true anymore.. The world has truly become democratised where ubiquitous technology, high-speed connectivity, affordable mobility, and pervasive insecurity has intensified the need for innovation. Integrated with unrelenting financial markets, opportunistic product markets, and constantly in-flux talent markets, not innovating is no longer a choice. It is suicidal to remain put, or just remain a follower, or worse, an imitator all the time. Innovation is non-negotiable aspect of modern work culture, and could redefine the future of technology.

The innovation imperative can be supported from three compelling standpoints: 1) access; 2) options; and 3) vulnerability.

From the 1960s, and well into 90s, innovation, especially in technology, was limited to financially well-endowed public and private institutions. The IBM Labs, AT&T Bell Labs, HP Labs, Xerox PARC and the ilk, along with research centres within renowned universities such as MIT, Stanford, Oxford and Cambridge, among others, would accrue a lion’s share of resources. They would attract the best and the brightest talent, and wield their powers in product markets. They had exclusive access to scientific knowledge, could fund market and product research, and even safeguard that hard-earned knowledge for a significant duration. Little doubt, the West made tremendous leaps & bounds over the others thanks to an almost monopoly on talent, capital, ideas, and information.

But the winds of change began blowing at the turn of the 90s. Capital began moving towards the East, allowing customers to raise their expenditure, while talent began migrating significantly towards west, marking the region’s loosening grip on on innovation

Thanks to the Internet, and English acting as a linguistic passport to the world’, scientific research, technological development and commercialisation thereof was no longer the sole privilege of the financially well-endowed West.

China has been only next to the USA and significantly above others in terms of scientific output for over two decades now[1]; Bangalore, along with New Delhi and Mumbai, figure prominently amongst the global startup ecosystems[2]; Indian, Chinese, Taiwanese, and South Korean companies make rounds at the innovation rankings, compiled by BCG, Forbes, and Fast Company, among others, and there are several unicorns emerging from this part of the world[3]. That’s a true testimony to the levelling of the playing field, where no one region or company owns talent, knowledge, capital and, most importantly, ideas. It’s both a threat and opportunity for innovation, but more importantly, a reality.

Customers, Talent & Partners Have More Options Than In The Past

Loyalty is a thing of the past, both for customers and employees. As Harvard’s Clayton Christensen rightly observed, happy and loyal customers can lay the seeds of a business being disrupted up an upstart which has no such market to please. Your best customers may blindside you from innovating on top of your success until it becomes too late. As for employees, you would rather have a flux of talent than being stuck with mediocrity. Little doubt, innovation leaders like Amazon and Google register a median employee turnover as low as a year! And guess who scores the highest employee tenure? The once venerable and now bankrupt Eastman Kodak! Ditto for partners. If you as a customer is opportunistic and for the right reasons, the partner can and should exercise their choices. Jeff Bezos, the self-made entrepreneur who has managed to disrupt industry after industry, puts it all together stating – “we see our customers as invited guests to a party, and we are the hosts. It’s our job every day to make every important aspect of customer experience a little bit better”. That’s for the ‘customer obsessions’, and yet the customer has a choice. For Amazon Prime Videos, there is Netflix, for Amazon.in, there is Flipkart, for Amazon Web Services, there is Microsoft Azure, and the list goes on. And that’s why the company tries hard every day to attract and retain the customers, and hopefully employees, calling its head-office as ‘Day-One’.

The ever-growing choices available to the customers, employees and partners mean that no one company can hold on the others for too long. Add to the mix the surge in self-employment, prosumerism (consumers also as producers), self-service, dis-aggregation, aggregation, dis-intermediation, and new business models, and your customer quickly flips into your employees, and the partner now emerges as a legitimate competitors. Where else does it lead an organization to? Innovation is the only resort when boundaries are in flux.

The greater and cheaper access to the most valuable and the ensuing myriad of real choices leaves the incumbent leaders ever more vulnerable. It should not surprise you that almost 50 percent of companies in the vintage S&P 500 would be replaced in the next ten years[5]. This means 250 new companies and a bigger number out! If the enviable General Electric can be dropped from the S&P after over a century of its listing, do you think your company can survive change[6]? The answer lies in the classic tongue-in-cheek note by Henry Ford – “whether you think you can, or you think you can’t. You’re right”.

The most innovative companies per BCG in 2005 were – Apple, 3M, GE, Microsoft, Sony, Dell, IBM, Google, Nokia, and P&G[7]; and that in 2019 are Alphabet/ Google, Amazon, Apple, Microsoft, Samsung, Netflix, IBM, Facebook, Tesla and Adidas[8].  Only four names remain in top ten, Apple, Microsoft, IBM, and Google; and while Nokia is over and General Electric and Sony are not even in the Running. That’s the relentless pace of innovation. The upstarts have triumphed the incumbents in their own game, and so we have Tesla ahead of even BMW and Daimler, and Vale ahead of Rio Tinto. It’s not about inventing as much as embracing innovative technologies, business models and processes, and the time to market. The once substitutes are right in front taking away the market, as in the case of Gillette losing out to trimmers[9], without any direct competition in the wet-shaving space; or the fortunes of Nikon, Olympus and Sony sealed by the superior cameras of smart phones. The boundaries between competitors, substitutes, complementors, suppliers, and customers is fast blurring, and it’s only safe to say that the one who innovates remains in the game.

If you’re at the forefront of innovation in India and want to be featured, write to sindhuja@nasscom.in