Communications Are Key for Smart Cities

In the year 2000 milestone, we looked back at the progress of mankind and attempted to identify which inventions most profoundly impacted our progress. The printing press often appeared at the top of this list and, in fact, many other contenders were also communications related, sending a clear message that these types of inventions changed the course of human history. It is not surprising then that communications technology will be the key enabling technology for the success of future smart cities. 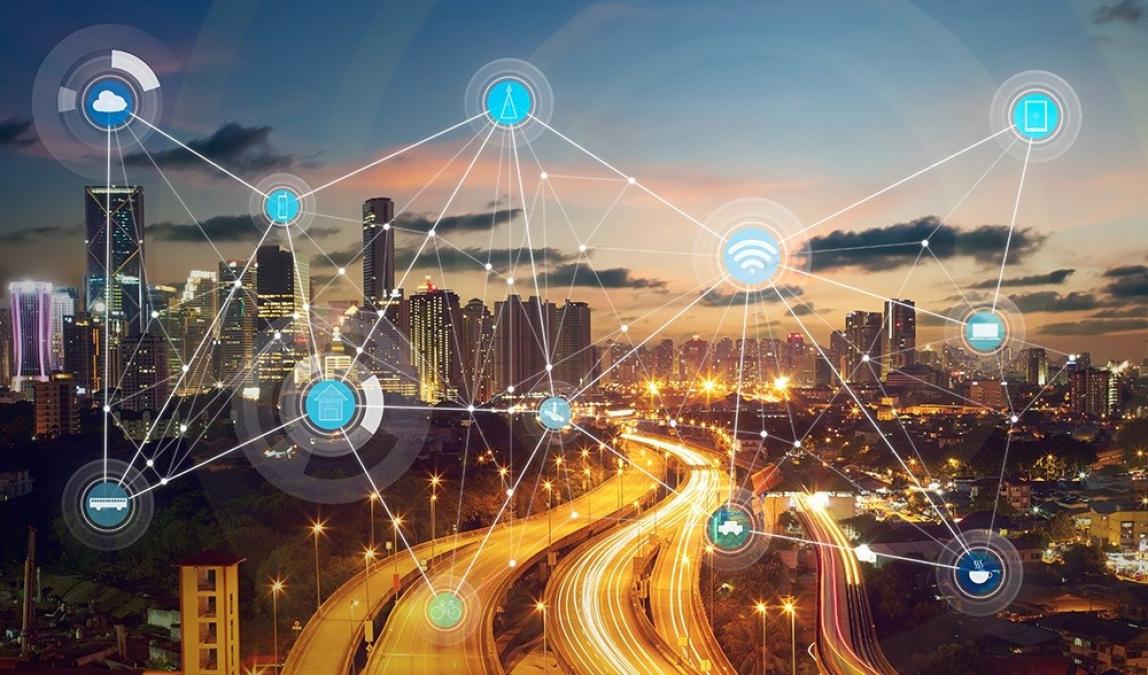 Trends in demographics show that the world population is moving toward the cities. The urban population in 2014 accounted for 54% of the total global population, up from 34% in 1960. In 2016, 82% of the US population lived in cities. By 2050, it’s projected that 70% of the world’s population will live in cities. While there certainly are many downsides (crowded conditions, high cost of living, etc.), urban living offers some distinct advantages, with things like reliable power, internet, cell phone coverage, public transportation, hospitals, shopping, entertainment and more readily available (or at least more so than in most rural environments).

A key goal of a smart city is the efficient use of resources like energy. The energy consumption-per-person in the US has declined since the 1970s, but remains quite high by world standards.

Figure 2 – Energy use per capita

Within the US, New York state has the lowest per-capita energy consumption, largely because living in the state’s population center, New York City is relatively efficient. New York state as a whole consumed about 189 million BTU; Louisiana consumed more than 4 times that at about 912 million BTU.

Smart cities are efficient cities. That includes use of electric power and fossil fuels, water, waste generation, and transport systems as well as integrating things like information and communications with town services such as police, fire, municipal, and government. In general, the proper use of digital communications and other technologies can make any city more convenient, comfortable, and generally more livable.

Consider that most cities already have broadband, cellular, satellite, over-the-air broadcast, and other wired and wireless communications. The trend is toward an ever-increasing number of connections and increased bandwidth of those connections; with fiber replacing coax, cat 6 replacing cat 5, VoIP (Voice over Internet Protocol) replacing copper wires on remaining land line phones and new 5G cellular devices being rolled out. Yet while the potential of all this connectivity is significant, many problems remain to be solved. Luckily, appropriate technologies are already available…or will soon be.

Cities still tend to wake and sleep with the sun and electric power consumption peaks in the morning and again in the evening with lower consumption at night. Keeping power reliable means that utilities must buy the equipment to handle the peak loads of a hot summer day or frigid winter night. This is a huge opportunity for IoT communications technology to solve. If supply and demand can be better matched, utilities would not need to invest in expensive peaking power plants, which could help reduce power generation costs significantly.

The smart grid has been learning how to digitalize this. At first smart electric meters simply made it easier for utilities to read the meters, but did nothing for the consumer. Smart meters for electric, water, oil, and gas could be super helpful if every consumer could connect to this information in a way that makes it easy to realize load-based incentives. This is called Advanced Metering Infrastructure (AMI) and can use Open Smart Grid Protocol (OSGP) to connect to smart phones and home computers. A potential killer app would be to connect electric water heaters in consumers’ home to a smart home network programmed to avoid heating water during peak demand periods. This would help eliminate the need for additional capacity during peak demand periods and save consumers a lot of money, with virtually no impact on the homeowner convenience. Applications like this can avoid more expensive energy storage options like batteries.

The smart city network opportunity is huge and offers unprecedented opportunities to better manage the physical materials and energy we all need to lead a safe, healthy, comfortable, sustainable, and fun way of life. A smart city is evolutionary and every person represents a “node” on that network and contributes to its future direction. There are still plenty of opportunities for governments and industry to provide good practices, regulations, and standards to guide that process. The level of communications we have achieved and are adding have the potential to achieve great things.

“Reprinted with permission, original blog was posted here. You may also visit here for more such insights on the digital transformation of industry.

For further information or to provide feedback on this article, please contactakanagali@arcweb.com

Rick is a senior consultant at ARC. He performs research into and consults with clients on technology areas such as process automation, energy management, advanced process control (APC), simulation, and optimization.