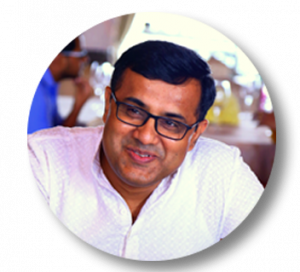 To use a clichéd word, value. Once again, whether a farmer will pay or not will depend on his perceived value. Companies which serve this segment will have to understand this clearly to make any kind of impact. Value cannot be vague, generic and superficial. It has to be demonstrable and customized; this is particularly true for crop advisory services for the farm. Most importantly, for rural folks like their urban counterparts, trust is supreme. They will buy only from those whom they trust and would be willing to pay more. Arguably, this quality is amplified in this sector.

Have you ever visited a doctor in rural parts of the country? Along with the prescription (read advice) he also doles out medicines. That’s value! Also, it’s customized advice. This analogy works well for rural advisory services in agriculture. When I started this journey, the situation was a lot more difficult, due to higher telecom costs and sparse network. Undeniably, it has eased over the years but then again due to internet, a lot of services which fetched a price earlier have now become free and impacted revenue models of companies. Interestingly, providing free service does not guarantee wide usage. A case in point is the Government’s Kisan app which is free but hasn’t seen to have a very high level of traction so far.

Weather / market related information provided were undoubtedly very useful but had few takers when it was introduced as a paid service in early 2007. Again, the perception was that it was a generic service and not specific to any farmer, so why should one pay for it separately? Gradually, these services changed shape and form and were customized for specific farmers based on their land holding which elicited much interest. This idea fetched @120 rupees from one farmer for one crop season. It worked well for ~ 4 years and then the droughts of 2012 – 2013 hit hard our business. The model was adversely impacted by the downturn in general of the agriculture economy.

Let’s look at yet another analogy. During recessions, the management often advise employees to do an MBA with a promise that on completion they “may” be promoted. But please understand this: the employee is facing an immediate crisis (of survival) and is not really interested what will happen after 2 – 3 years. Similarly, after the drought which led to thousands of suicides, farmers grew desperate and started to insist on more direct benefits like access to market, and faster realisation of return from sale of farm produce.

The diktat was clear – why don’t you buy directly from us and sell to the market? A veritable proposition, but a rather bold idea for the tech companies which so far had not played a direct role in the supply chain. Ekgaon on its part took two years to analyse the market and decide on viability. Today, I am happy to say that we sell more than 190 products, purchasing directly from the farmer. They are now willing to pay annual membership fee to join the network and access services and be part of the ecosystem. On a lighter vein and to use a popular jargon, Ekgaon has the first right of refusal! The journey from an agri-tech company to a supply chain intermediary aggregator took four years; and, it was a transformative experience. This new model has worked well for 4 years now.

2. Since you started, nearly three hundred startups have emerged in the agritech sector. What has been the on-ground adoption and what sort of impact have you seen, so far?

Pardon me if I am sounding cynical but I do believe that a few hundred out of these are merely scratching the surface. Many are simply selling to farmers (seeds, fertilizers etc.) or working as aggregators to remove intermediaries. Then there are the valuable others who are using advanced technologies like drones, AI. However, to scale, there has to be a market – consumers who would be willing to pay for these services. Only the govt. can and the agri insurance companies. To add, the CAG report doesn’t portray a very healthy picture of the settlement of the agri-insurance claims so far. The mountainous heaps of data generated through these technologies can be used by Agri Finance companies as well which are largely PSUs for claim settlement. But will they? So ultimately who will pay? The third type are food aggregator companies which are interested in selling to the market and their focus is not on farmers, In my opinion, there aren’t more than 5 – 10 companies which are truly impacting the agricultural sector through technology.

3. Ekgaon has been working on solutions that operate on dumb phones in low bandwidth areas and local languages. What was your experience with these solutions? What will be your advice to startups looking to penetrate rural markets on a small budget?

You see, again it’s not about budget but farmers willingness to pay only if there’s perceived value. Why should they pay for services, a majority of which are in English? I have known families to invest in buying bicycles for their children to commute or smartphones gifted to the womenfolk who use it as a mode of entertainment and communication. There’s value derived of a different kind but it is clear. So, pricing is not really the challenge here.

4. How will you compare the Indian agritech sector with those of other economies? At an ecosystem level, what sort of incentives and policy boost does the agritech sector in India need?

IoT devices and satellites can capture vital data on ground water, weather etc. and other parameters. This kind of data (made available on the cloud) can be of great use to determine crop suitability (for eg. millet or paddy). The govt. needs to invest in infrastructure to make it accessible and commercially viable. Secondly, services offered by agritech companies are of the “push” variety, e.g. as an SMS alert. Given the margins, the telecom cost is still very high and has to be brought down. Thirdly, rural services should not be taxed for the initial years which will be of great benefit to companies. Fourthly, the govt. needs to invest in the overall tech ecosystem, provisioning of digitised data and make it accessible for service providers at viable price points.

5. What is the future roadmap for ekgaon?

Ekgaon is trying to play multiple roles in the eco-system. Like Amul, it wants to play the role of an integrator that would benefit the farmers and make them stakeholder in the agri-value chain. Today, farmers bring their farm produce and market it through our tech-enabled platform. They have total control on what they produce and are assured of fair prices, including market accessibility. It has reaped tremendous benefits for both parties. This is an idea we want to scale and build a benefit-brand as strong as Amul.