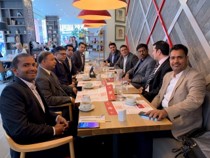 Despite continued uncertainty due to Brexit, U.K. remains the 2nd largest market for Indian IT Industry. All major Indian IT companies have a significant presence in the U.K. and contributing to the British economy. However, it is also the market where the SMEs struggle to find the right base, an appropriate landing point and cater to suitable market opportunities. With the intent to provide a fillip to the market development efforts of SMEs,NASSCOM’s 1st exclusive SME Program to UK was organised. The program has following key pillars of engagement: 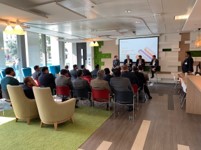 Setting and Scaling up in UK: How to setup and Grow a tech business in the UK, Funding and Partnership opportunities, Networks and Incubation spaces, Visa and compliance related issues. Last but not the least, hearing from successful Founders & CEOs. Relevant session were picked up in LTW and an Exclusive interaction organized by Grant Thornton for NASSCOM participants. 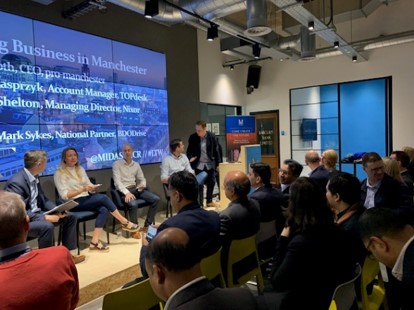 Going beyond London: Under the aegis of “Manchester India Partnership” a day’s visit to   Manchester was organized to explore possibilities beyond London. A well received program having B2Bs with Ecommerce companies like AO and N Brown demonstrating intent to work with Start-ups/SMEs, affordable incubation ease of settingup and networking with local business community. 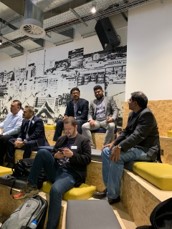