In 1998, we did a reconditioning of a 500 KVA stamford Alternator. After 10 months of it’s operation the alternator broke down but we all (including the Factory maintenance team) had a great trouble in tracking the sequences of events that caused this failure. And the biggest question in every once mind was how do you avoid this for rest of the other Alternators.

After going through the maintenance logs of various sections, we found the root cause was due to an elongated duration of circulating current in the alternator while operating in parallel with the other Alternators. Since then I have seen many different instances where most of them could have been avoided, saving not just the cost of repair for you but also the loss that you incur when your core machine that runs your production line is down.

Hunting for a solution to this problem, we started our journey to work on a solution based on IoT devices, smart sensors and high throughput platform. We came up with a design for the platform, hardware components that could be used and the sensors that would feed the digital output for us. I wish we had access to these kind of devices 20 yrs ago. We invested close to 4 months on development of Hardware and its Platform because that is the heart of the system and it needs to be perfected. Spent long time on continuous improvement of the Platform to get the response time, reliability and accuracy by testing improving testing improving testing……

Finally last week, we had a great deal of success while conducting our field test on this platform that is build to process the analog data captured by IoT sensors installed on a standard induction AC Motor. Below are the videos that were recorded during our 4th field test: Based on the field test and results, we were highly confident of the performance, tolerance of the platform and the IoT library that we developed to operate the IoT device/sensors. To start with we have three flavor of this device called as Type 1, Type 2 & Type 3 (These were the terminologies that we used during our development and hence continued the same but I wish we can name them better later). 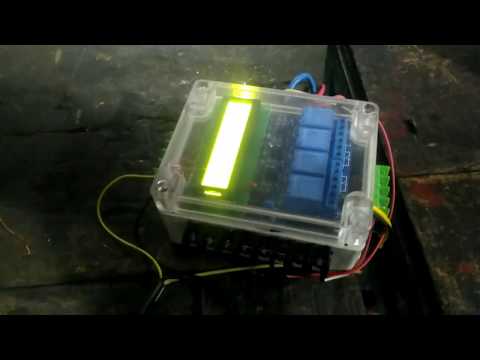 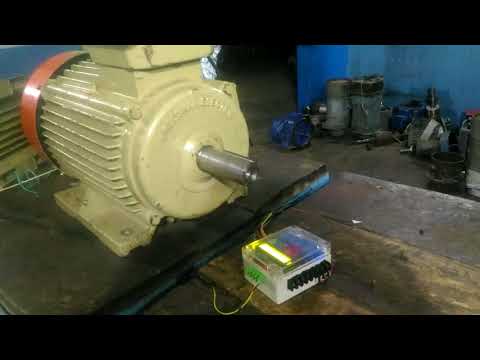 Type 1 & 2 are focused for industrial purpose and they come with 16 or 8 analog measurements that can be taken at regular intervals of about 30 seconds. The state of the machine would be calculated based on the formula that the users can define with the 16 or 8 Analog parameters as operands in their formula. If the state of the machine is determined to be BAD state for X (User configured) number of analog reading from the machine, the users can configure to allow the platform to cut off the machine and notify the the groups that they configure in the system. Type 1 & 2 can control about 4 or 8 machines.

In some cases, the shut procedure of a operating machine is a series of shutdown procedure before it is taken out for maintenance. In those cases, the device can be configured to record only the analog reading but take NO action. These analog reading would in turn send notification when the data falls under BAD state based on which the staff is expected to response. To complicate things further, it was required to take action even here by executing the series of shut down procedure that one would have done it manually. For such cases, the platform has the logic to interact across the monitoring IOT devices as Parent and Child. Under BAD operating state, the parent would be responsible to send the series of control commands to the Child IOT device, which would in turn operate the respective relays to execute the shutdown procedure.

And we extended our Platform to Type 3 that is more for direct control of the connected systems such as security alarms, electronic devices at home, Webcam etc..

We do have more room to do some research with Amazon Echo, Google Home etc…to accept Start secondary plant of Unit 1, What’s the temperature of Feeding machine at Unit 2 etc commands but that’s future and I guess its already here. We would work in this space once we have this product going in the market.

Please do visit us @ iot.electems.com