TechVoice: How NASSCOM CoE IoT & ICANN Are Contributing To The Future Of The Internet In India 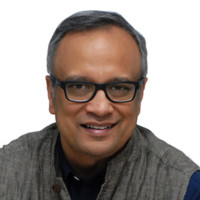 India has witnessed a phenomenal surge in digitalization over the past decade. One impact of this has been the rapid growth in the use of the Internet. In 2010, India had 92 million Internet users according to the International Telecommunication Union. By 2016, the number of users has jumped to 390 million. At the time of writing, all estimates point to the number of users between 580 million and 600 million by 2020. Our planet Earth already has  4.33 billion people who are connected to the Internet and a large portion of the “next billion” will come from India.

During the last decade, Indian Internet networks have been  built mainly atop fast-expanding 2G, 3G and later 4G GSM networks. Network operators consequently have met with challenges of yearly double-digit customer growth, and have striven to provide the physical infrastructure to support these networks to operate on.

Also, during this timeline, new technologies that impact how the Internet is used, have also emerged. In particular, over the past couple of years, technologies such as Internet of Things (IoT) for machine to machine communications and 5G technology for network operations, are now a reality and here to stay.

While IOT offers many opportunities, they also pose challenges to the Internet we know and use. According to Juniper Research, 38 million IOT devices are expected to be in use by 2020. Equally, the fact that IOT devices with low security threshold can be vulnerable to being hijacked, has already been proven in the now famous 2016 Mirai Botnet cyberattack.

In June 2018, NASSCOM COE IoT and the Internet Corporation of Assigned Names and Numbers (ICANN) agreed to cooperate in areas of research and engagement activities that contribute to innovation in Internet identifier technologies. The agreement also includes facilitating participation in ICANN activities with the wider community in India.  While readers will know what NASSCOM does, here’s a brief introduction to ICANN. ICANN coordinates the unique identifiers of the Internet. This includes names, numbers and protocol parameters – that make the Internet work.

The collaboration between NASSCOM CoE IoT and ICANN, hopes to make significant contributions to research that will improve how IoT devices perform on networks. We hope that research carried out in India will benefit users worldwide. It is also our hope that this partnership will help bring research related technologies that impact how the Internet works, to the forefront in India. NASSCOM’s role as India’s premier information technology business association will help in bridging the gap between industry and academia in this regard. With the world’s second largest Internet user base, India will need to innovate to keep its Internet networks running well and efficiently.

The first project within the scope of the NASSCOM COE IoT – ICANN partnership was to experiment with various technologies to explore automated firmware updates for IOT devices in an IPv6 networking context. NASSCOM brought in the Indian Institute of Technology Hyderabad (IIT-H) to conduct research on how the network responded to remotely updating IOT firmware in multiple devices and in different operating conditions. The results showed varying levels of success of firmware updation under different conditions. The final report of this project was delivered by NASSCOM and IIT-H in January 2020, and more details will be shared in India and the region. During the course of this project NASSCOM CoE IoT and ICANN also engaged with academia and industry in outreach programs to share information about the project. NASSCOM CoE IoT and ICANN are now evaluating a second project in the pipeline.

ICANN values the partnership with NASSCOM CoE IoT and looks forward to co- developing high-quality research, which ultimately contributes to establishing standards in the IoT space.

This is part of our ongoing series TechVoice, where we bring to you the leaders of the industry talk about the latest in innovation, technology and trends in their industry sectors. If you want to contribute, write to sindhuja@nasscom.in