On 23rd January, a delegation of 26 students from University of Melbourne visited the NASSCOM campus to interact with the different teams and gain a better understanding of ‘doing business’ in India. The visit formed part of an international experience study tour funded by the Australian Government’s New Colombo Plan (NCP) initiative.

One of the focus areas of the Policy Team has been deepening our engagement with external stakeholders, going beyond the industry and government, to include the academia. We were especially excited to host University of Melbourne because of the opportunity to build greater ties with Australia, a country which we generally commend for sound government programmes and policies. Much of our research in the policy space draws on comparative law in areas such as fintech, export control laws and competition policy, which closely concern the IT-BPM industry in India.

We kicked off the visit with an interaction between the students and senior management at Nasscom, representing FutureSkills, Research, Global Trade Development, Policy, India Market Development and 10000 Start-ups. Sangeeta Gupta (Senior Vice President, Nasscom) gave the welcome address to the student delegation with an overview of Nasscom and the organisation’s role in innovation, talent development and building tech capability and innovation. The teams spoke about the initiatives which their teams were taking, for instance, in enabling market access (Global Trade Development), upskilling and reskilling (FutureSkills) and tech adoption by the government (India Market Development). The discussion evoked reactions from students on different aspects of doing business in India- some questions were- what were the challenges in skilling people through FutureSkills Learning Exchange Platform, how does Nasscom reconcile the interests of competing members, and who decides what areas Nasscom should be driving research on, when publishing industry trends and reports. 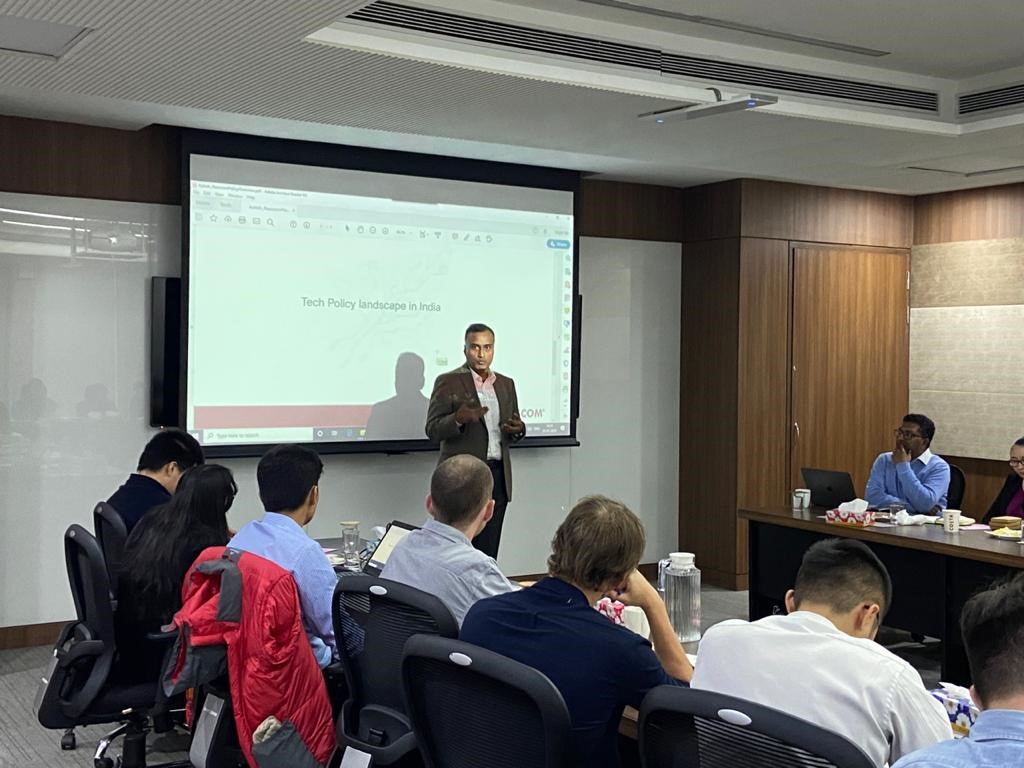 We also gave students a quick tour of the Nasscom Start-up Warehouse which tech incubates start-ups under its 10000 Start-ups programme. Founders from two start-ups, namely, Chit Chat Pay (a fin tech start-up) and Genetico (a health start-up), both incubated at Nasscom, interacted with the students to tell them about the work which they are doing to drive financial inclusion and medical diagnosis in India, both important issues for the country. The visit ended with giving away of mementos.

We were delighted with the enthusiasm and curiosity which students exhibited through their questions about Nasscom and its role in promoting the Indian IT industry and adoption of technology in the country. Interactions such as these remind us that we at Nasscom have an important responsibility in ensuring ease of doing business and economic growth in the country. 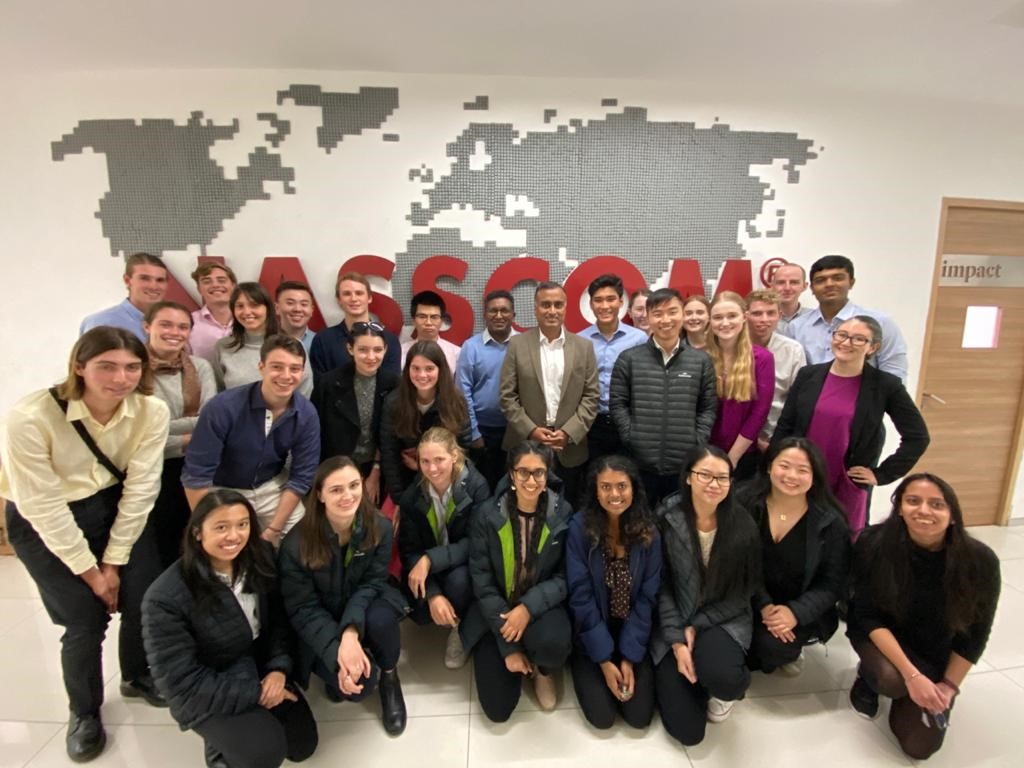